Last Thursday I was making final preparations to head out to the gym and I decided to check on our very pregnant goat, Chestnut, "just in case." It's a good thing I did because she was in labor! I considered going to the gym anyway since I didn't know how long it would take her, but since I had to intervene in her labor last season I didn't want to risk her progressing quickly then getting stuck while I was out. I called my sister to let her know that this is the day and she is welcome to come over whenever she is able.

Chestnut's first labor, last year, stalled a bit after the birth of the first kid. In general, there should be no more than an hour between delivery of kids. After about an hour and a half of her ineffective pushing I decided it was time to physically help the kid advance. I didn't like causing Chestnut to be so uncomfortable but after a few attempts I got the harness around his front hooves and aided him out. She was pretty tired and was very grateful for the energy and vitamin supplements we had on hand.

Given that, I kept a close eye on Chestnut to make sure she was progressing consistently and not getting stuck at any point. 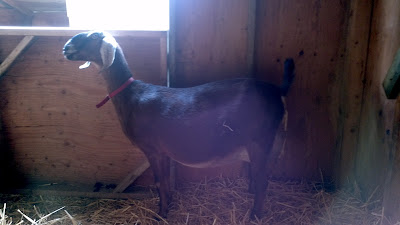 She did lots of arching, stretching, and changing positions. 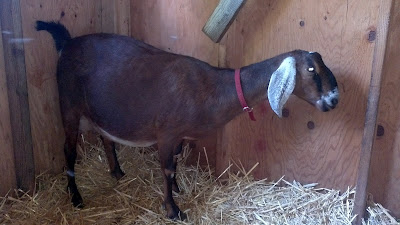 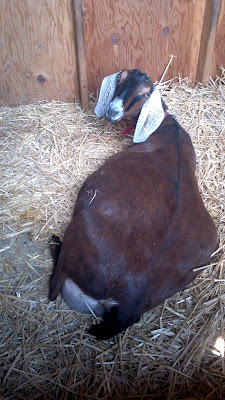 At one point I got the impression that she was getting tired so I offered her warm mash and molassas water. She wasn't interested in the mash, it must have been too rich for her, but she gulped down the molassas water. About two hours after I noticed her contractions she started pushing. 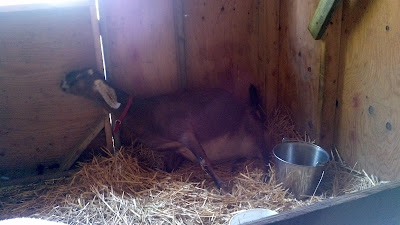 She is much more vocal than Rosemary when in labor giving me a bunch of sympathy pains for her. She decided to delivery laying down this year. A dark kid came first. 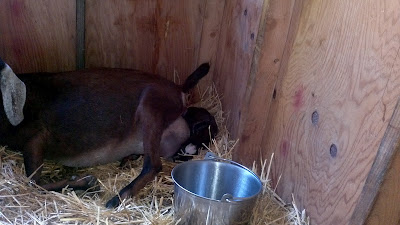 As she was cleaning that one a second one started coming. Then it occurred to me: my phone can take video too! I asked Amanda, holding the phone, to switch it to camcorder mode while I continued to stand by and help out where needed. 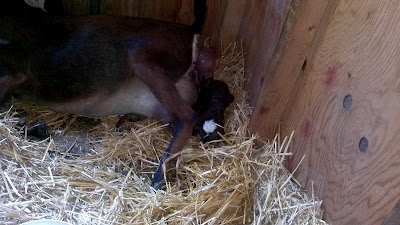 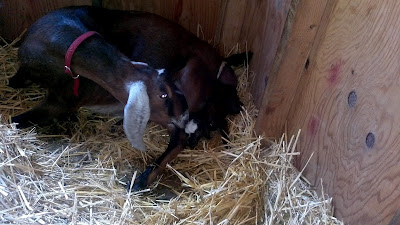 You might want to turn your volume down. Pushing out a kid isn't called LABOR for nothing! 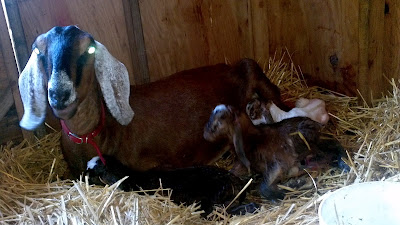 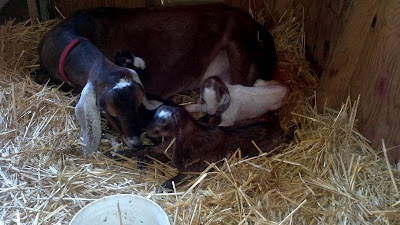 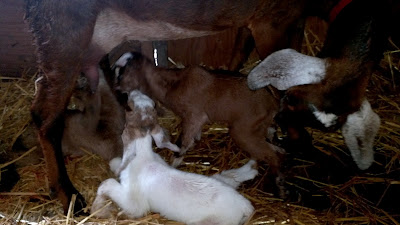 Posted by Linguisticnurse at 7:24 PM