Spring in the Garden

Despite a rather late week of sub-freezing temps it is starting look like Spring around here! Bulbs are sprouting, fruit trees are budding, and flocks of birds are making their way North again. The sun is even predicted to shine for a few days in a row!

I'm quite excited for my new garlic sampler and saffron crocus bulbs which are poking through the soil. I'm also pleasantly surprised at how the wood chips eventually turn into the most perfect potting soil you can ever want! Now a significant yearly expense is eliminated! Once the wood chips are three years old they decompose into light, moist, black soil which seems be ideal for seedlings. Just sweep aside the top layer of dry chips and second layer moist, in progress chips and dig out however much potting soil you want, given you should leave enough material for the mature crops you plan to grow there later. Since the first layer of chips I laid down started around eight inches thick I have than enough medium for my sprouts and mature plants. 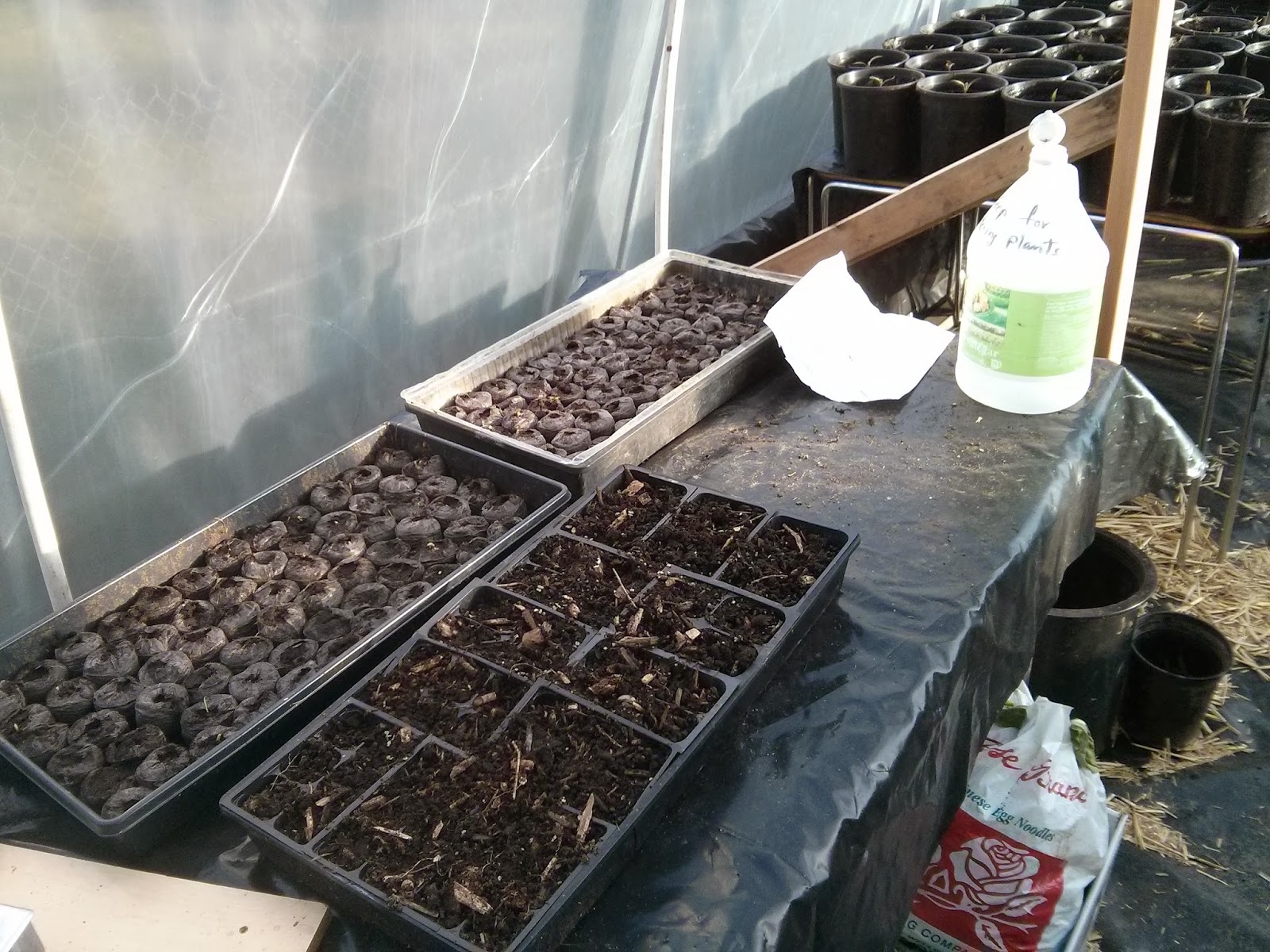 The greenhouse is well on its way to completion! As of this weekend the external and internal structure is built, ventilation is set up, electrical is in progress. 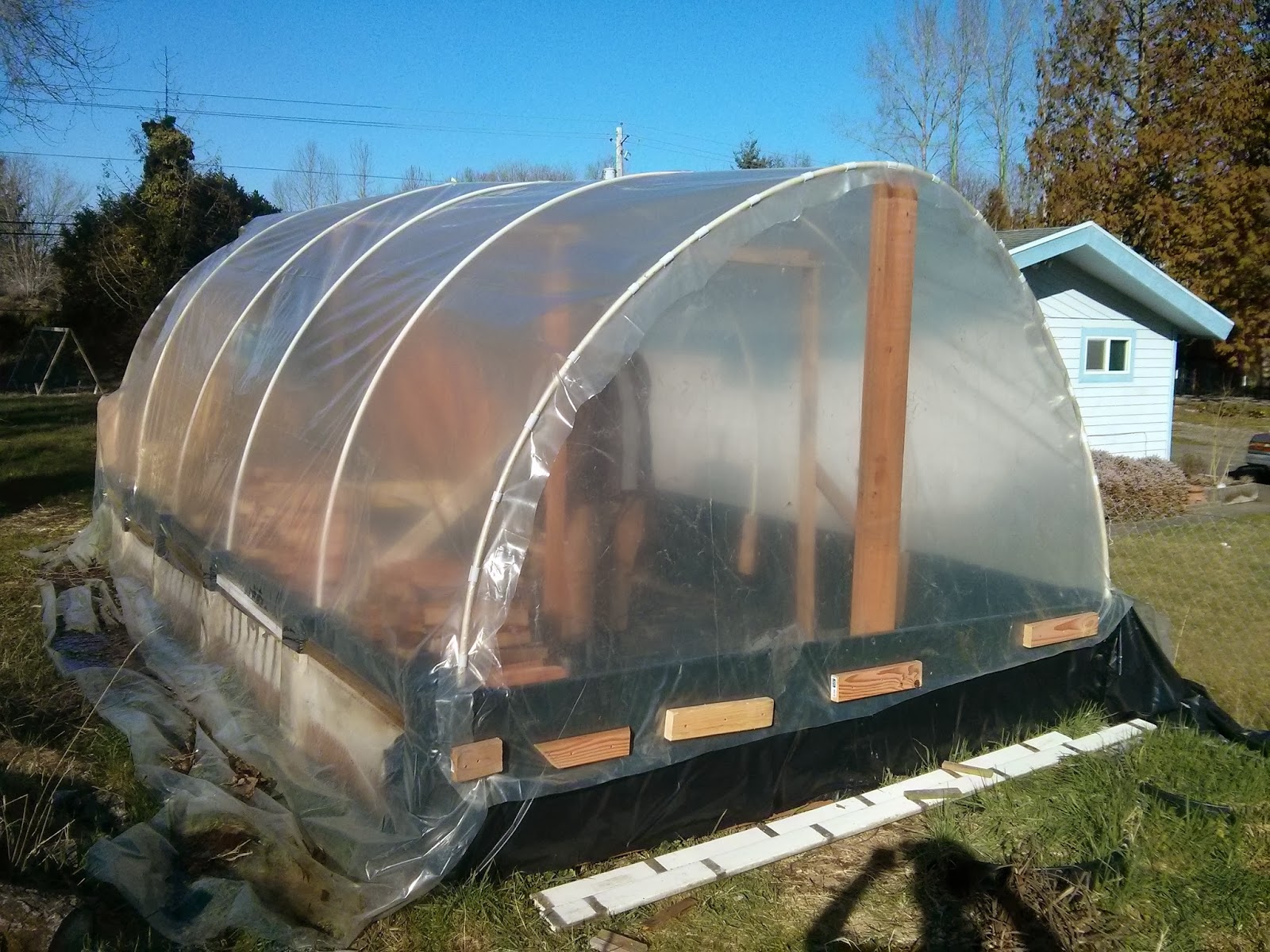 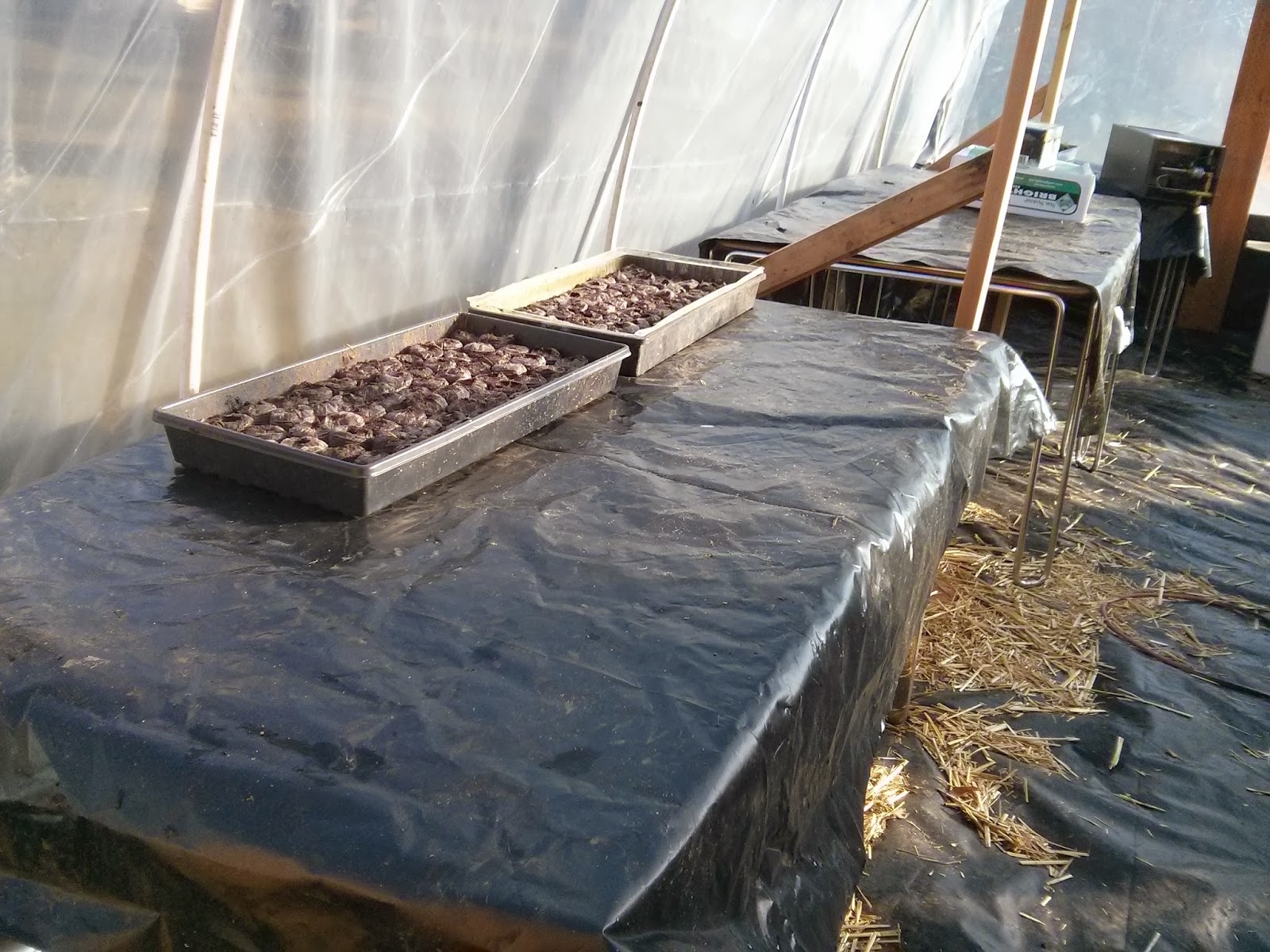 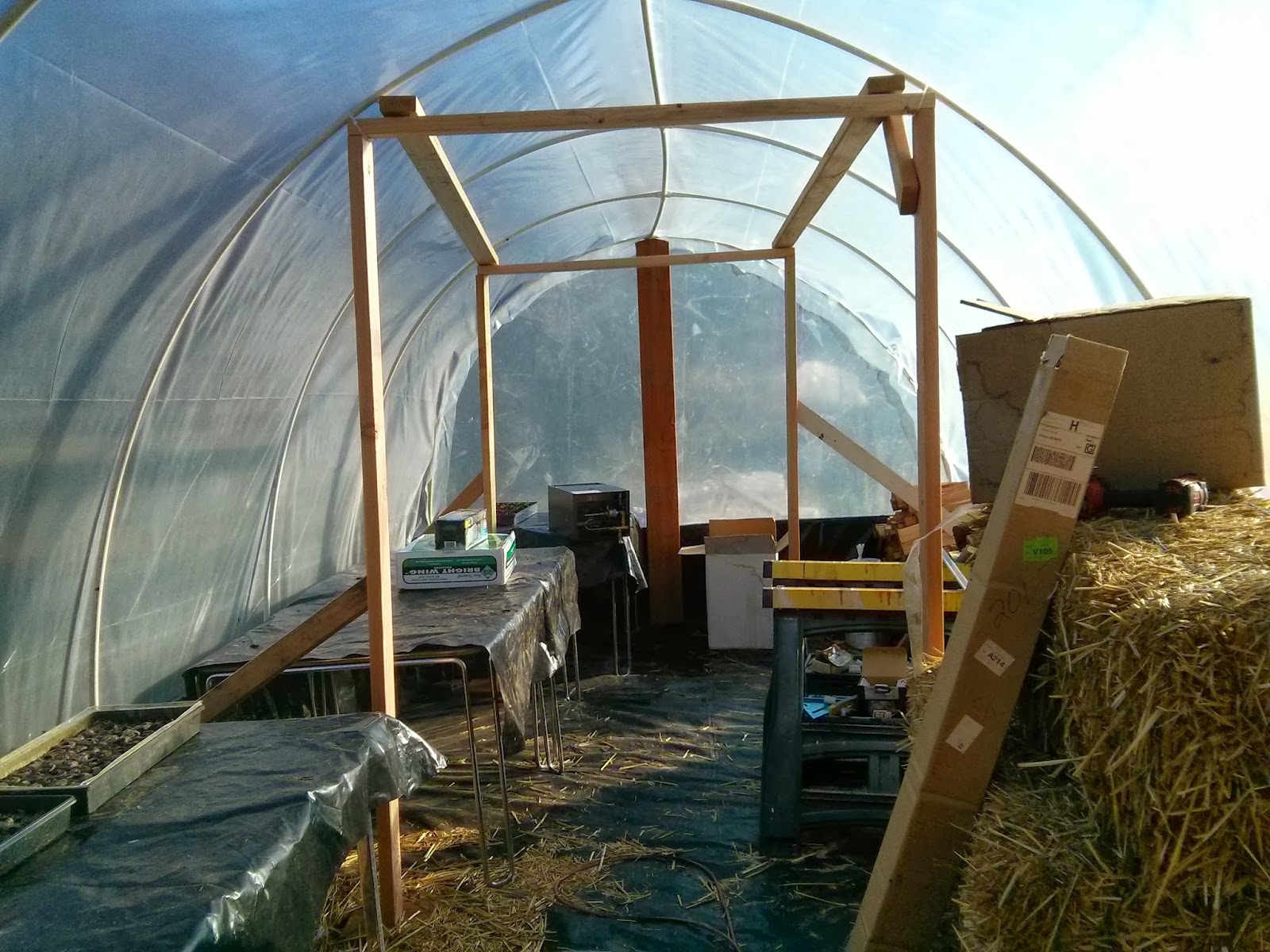 Besides my family's needs I'm anticipating giving extra sprouts to fellow gardeners at the first Sustainable Renton Sprout/Seedling Exchange as well as supplementing a special event dinner at the Red House in May to highlight sustainable projects in Renton.

Thanks to a single grow light set up in the garage I've started a few trays of sprouts to get a jump on cool weather crops. I already have many different species sprouting like tomatoes, celery, peppers, leafy greens, peas, three kinds of broccoli, two kinds of cabbage, and two kinds of onions. Recently I planted more chard, lettuce, and got a start on beets. Then, on a different day herbs, additional peppers, cucumbers and carrots.The following week I got some help from a friend to transplant the tomato sprouts into medium pots. 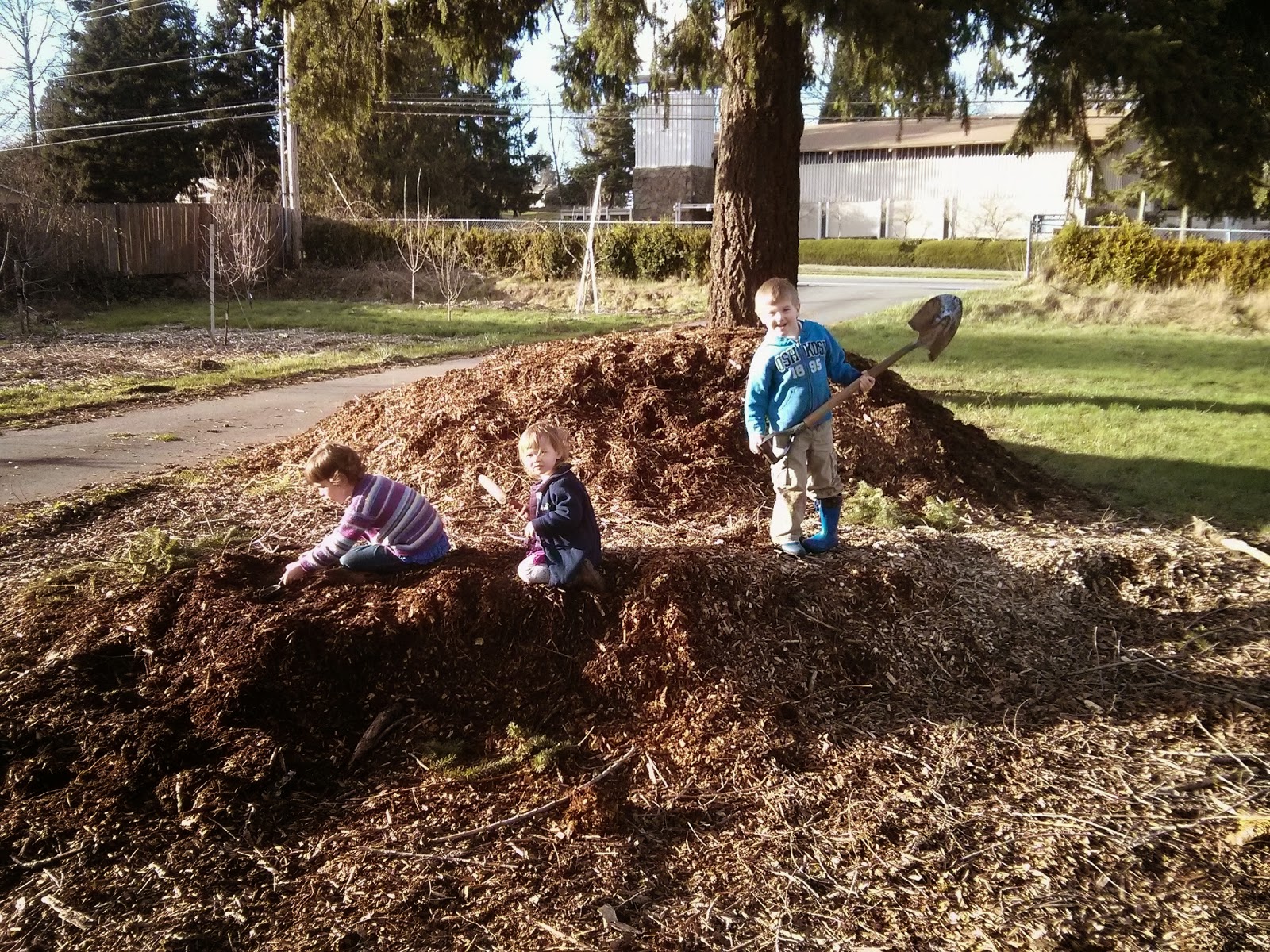 Playing in the dirt! 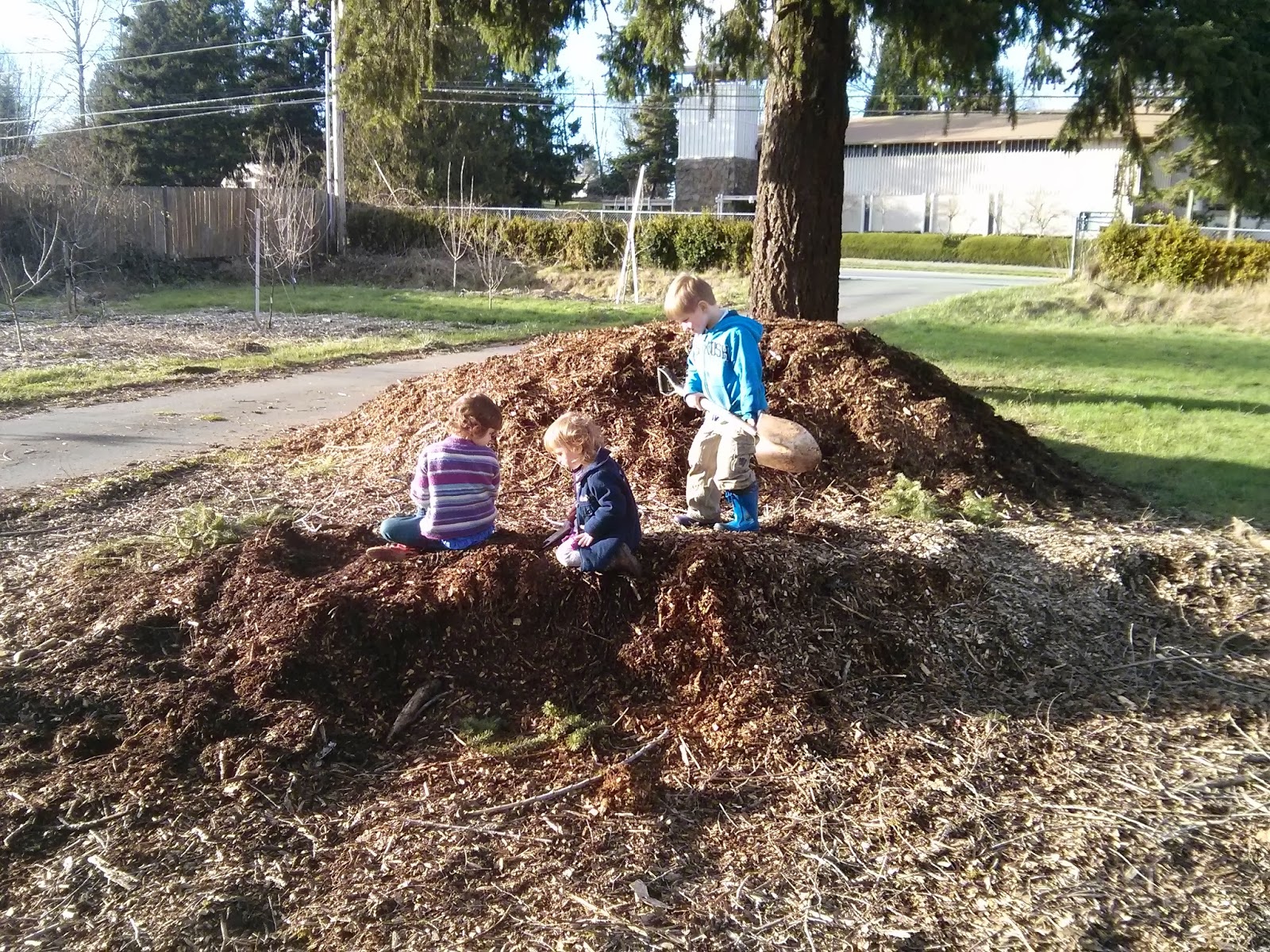 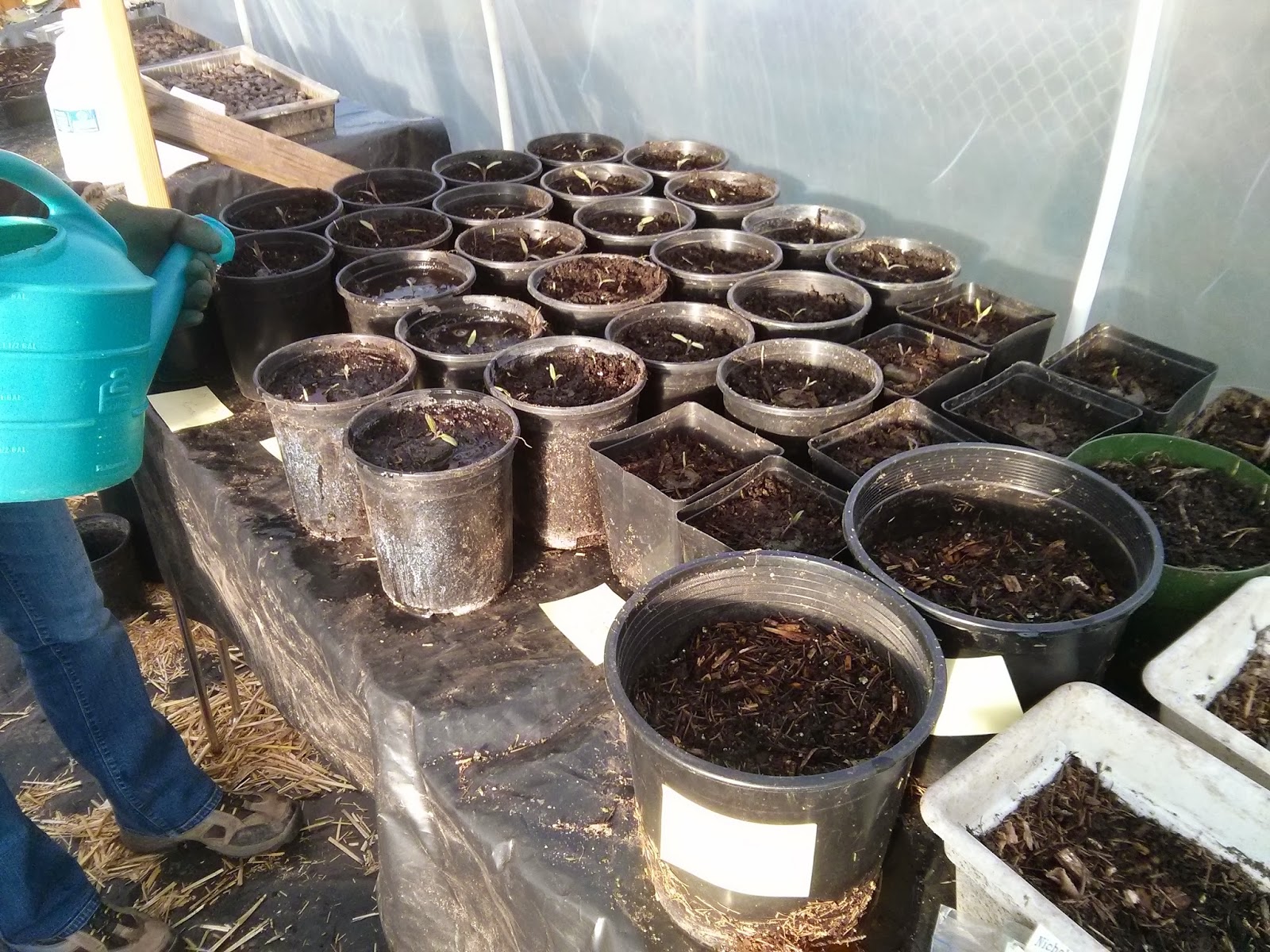 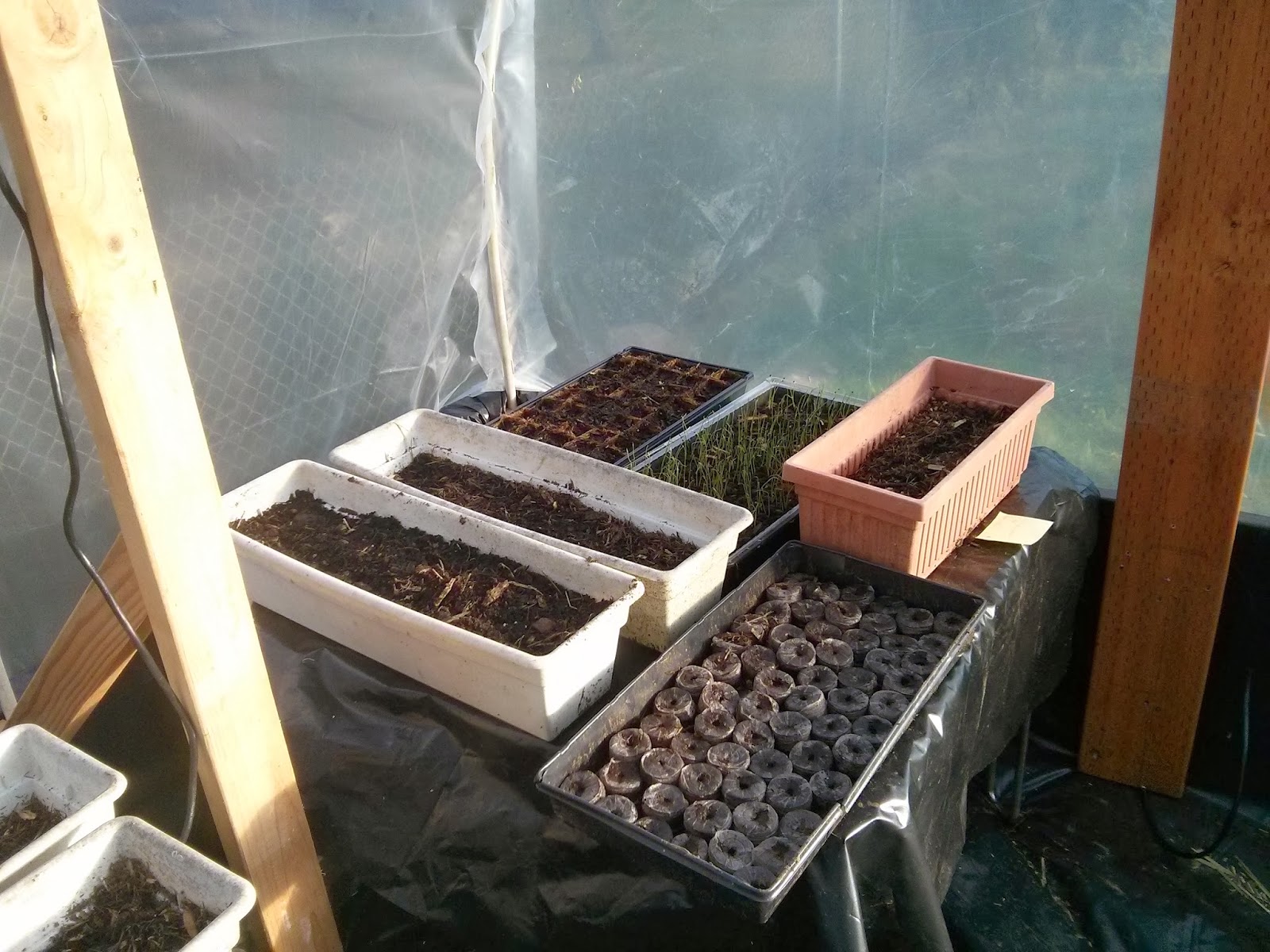 Some of the herb planters. In the back is the tray with a variety of peppers, the sprouted one is red and white onions, near tray is the second round of red and green cabbages. 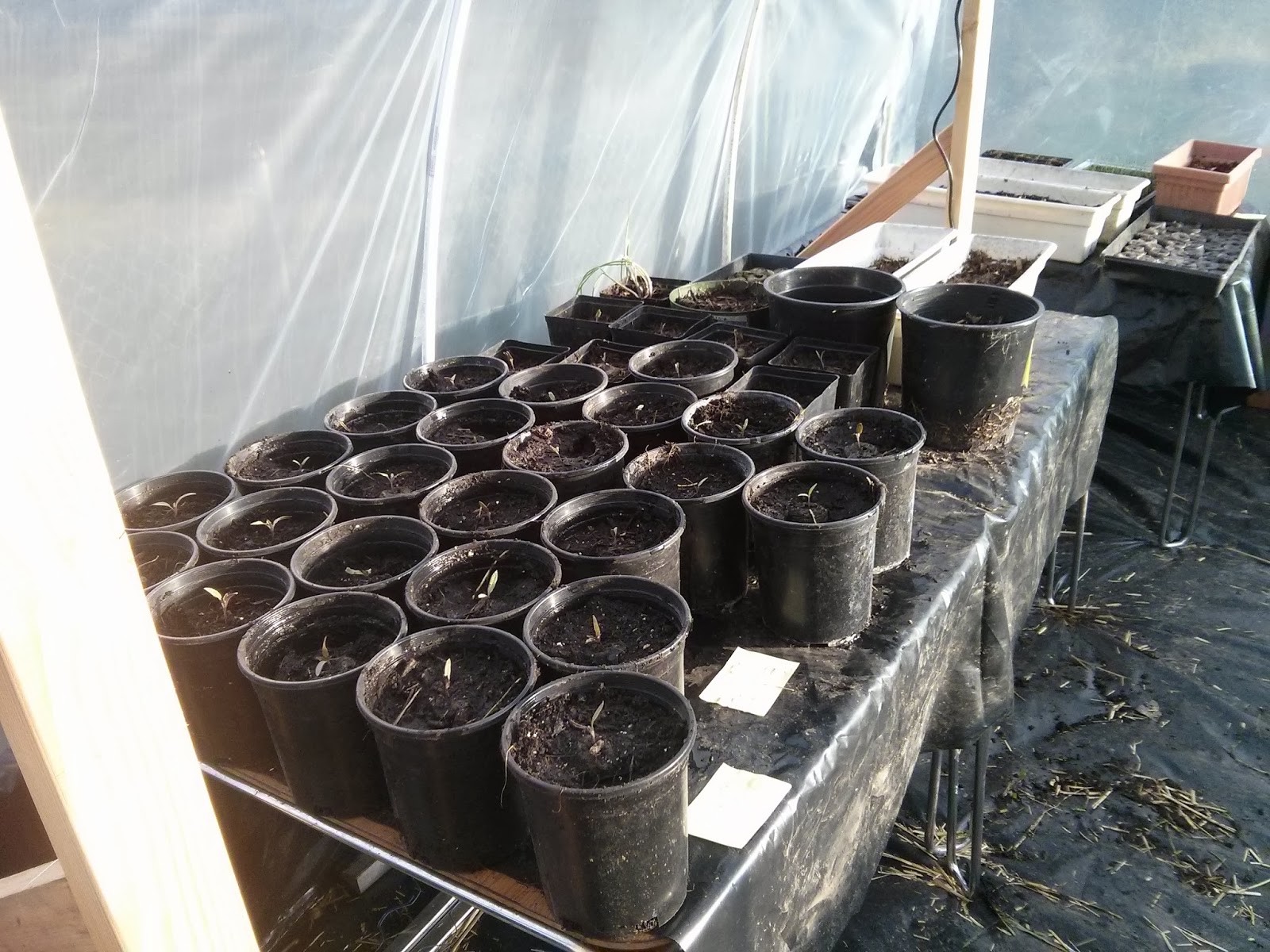 Posted by Linguisticnurse at 10:30 AM